Meet the Characters in No Way Out by Susan Sleeman 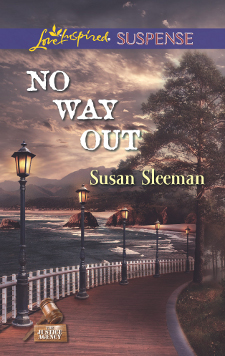 Alsyssa Wells had been dealt some hard blows in life.  Trouble in her marriage. The loss of her police officer husband.  Coping with her children’s grief while dealing with her own. When she stumbles on the fact that her husband was framed for an illegal activity at the time of his death, and his murderer pursues her, Alyssa’s faith is tested beyond anything she could have imagined.

After discovering the one person she trusted most with her children is not as upright as she thought, can she trust a total stranger to protect them? And what is it about this new acquaintance that has her guarding her heart?

Alyssa Wells –after all she’s been through, Alyssa maintains faith that God is in control. Her positive outlook puzzles her new friend. How can she help him see that her strength comes from God, and help him trust the Lord again?

Nolan Saunders  had been Todd Wells’ partner in the Pacific Bay Police Department. After Todd’s death, he clearly had his sights on Alyssa for more than friendship. While she wasn’t ready for another relationship, she’d trusted him completely after he’d helped her so selflessly after her husband’s death.

Frank Gibson, an officer with the local police department, was involved in methamphetamine distribution. After his son’s remission from leukemia, wanted to get out of deal, but the “boss” wasn’t going to let him out, at least not alive.

Cole Justice carried serious baggage from two tours of duty in Iraq. His partner had died, and Cole blamed himself. He’d given up on God two years ago. Or maybe God had given up on him? His siblings insisted he take some time off from the Justice Agency to deal with his issues at the beach. What he discovered there would change his life.

Ms. Sleeman is a very talented and prolific writer whose characters warm your heart and whose stories of romantic 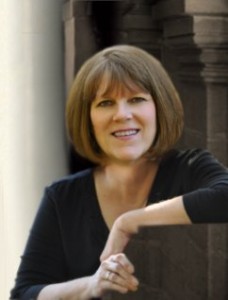 suspense make it difficult to put her books down.  One of the things I like about her books is that they’re long enough to tell an exciting story, but short enough to read in a sitting or two.

I’ ve read all Susan Sleeman’s Justice Series books, and I love the Justice siblings, all five of them: Ethan, Cole, Kat, Derrick and Dani.  In my humble opinion, I believe these books could easily become as popular as the Hannah Swensen Series by Joanne Fluke.

I had the pleasure of meeting Susan Sleeman at a book signing event a year and a half ago. Little did I know I’d immediately become one of her biggest fans. Having read her Garden Gate series books, I started the Justice Agency series, and eagerly await each new release.

If you’d like to learn more about the author and her books, please visit her very interesting website at http://www.susansleeman.com.