When I first realized this book had something to do with a ship in 1857, somehow Robinson Crusoe came to mind, albeit that story was set in the mid 1600’s, and I thought, well…..I dunno. But, since I’d already read The Discovery by Dan Walsh and loved it, I decided there’s a good chance I’ll like it. Like it?  Oh, my word, a total understatement. It is awesome.

Dan Walsh is an multi-award-winning author, and is a finalist this year for yet another Carol award for this very book.  I won’t be the least bit surprised if he wins. One thing is for sure, you won’t be disappointed you read The Deepest Waters.

Inspired by actual historical events in the mid 1800’s, The Deepest Waters is riveting and difficult from which to disengage. The plot is suspenseful and intense. The message is compelling and spiritual. Once again, Dan Walsh does an exemplary job of word-painting to the point of feeling you’re actually there in the center of it all.  Rather than provide an outline or highlights of the plot, I’ve chosen to focus on some of the characters with a few clues and let you discover the story for yourself, which incidentally has some great twists toward the end. 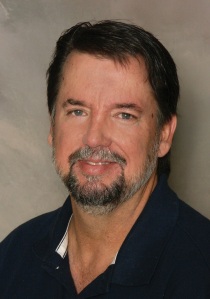 Laura, the newlywed who’s lost her husband at sea after a horrific hurricane that sunk the SSVandevere, is more concerned about others than she is herself. She has spunk and compassion, faith and determination.

Captain Meade, Christian commander of the Cutlass, demonstrates dignity, fairness, and compassion to everyone, passengers, crew, and even his slave.

Melissa is ecstatic about meeting Tom, her betrothed, in New York. But her empathy toward Laura and the pain Melissa knows she must be feeling from her loss prompts her to assure her new friend has food and lodging when they arrive in the city about which Laura knows nothing, not even whether her in-laws will accept her.

Joel, is transformed from a cold, money-focused business man to a loving and compassionate brother.

John’s, deep love for his new bride and his faith in God carried him through the most terrifying ordeal of his life.  His selflessness allowed him to put himself in more danger in an effort to help others.

The elder Mrs. Foster, who although very rich and attuned to proper appearances, used her position and energies to help people less fortunate, including former slaves.

My favorite character in this book is Micah, the  ship captain’s slave, whose unwavering faith in God carries him through the most trying circumstances and events. Even after an undeserved beating, not the first of which he’s endured, he rebounds singing praises to the Lord.  Then of course there’s Crabby, the lovable canine companion of Micah.

Sure there aren’t more than five stars? This book definitely deserves a ten. It is a definite MUST READ for all historical fiction enthusiasts. Congratulations, Dan. You knocked this one out of the park.

This entry was posted on Monday, July 30th, 2012 at 12:11 AM and is filed under BOOK REVIEWS. You can follow any responses to this entry through the RSS 2.0 feed. You can leave a response, or trackback from your own site.